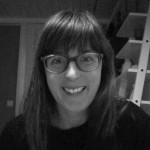 Barbara Greiner studied Cultural Studies, English and Politics at Sussex University Brighton and at the University Leipzig, where she graduated from with a Master degree in 2003. Since 2007 she lives and works in Berlin as a producer and production manager in the field of dance and perfomance (2007 – 2010 for Jeremy Wade, since 2008 for deufert&plischke, since 2011 for Begüm Erciyas and since 2013 also for Christina Ciupke). In this funtion she is also responsible for national and international touring of the artists.

2009 Barbara Greiner was selected for SPACE – Performing Arts Manger on the Move, a European trainee program on mobility for 30 young professionals in the field of performing arts.